Christmas greetings once again from our most reliable member Glenn ! Hope to see you here sometime in 2013 ! Very best wishes from LSVCC...

Final game of rather damp season against Warthogs ended in comprehensive victory for the home side. Hoping for improved weather next year !
Posted by Thrashers at 1:12 pm No comments:

At last a game of cricket against Berkeley Street team ! No age barriers to this side...LSVCC skippered by 13 year old (OT) and Tony Moss coming out of retirement to play first game for two seasons. AT even tried to persuade new village resident Clive to play as one short, although he politely declined on the basis that he was 89 years old. Have to say he looked a lot fitter than most of us ! Highlights were numerous dropped catches (including AT), Tom Lumley guesting from France and taking 3 fine wickets, but biggest of all was 4 wicket haul from Noel Middleton who also guided the team over winning line with his bat. Hoppy turned up late after fixing combine harvester (don't know why they don't do that in winter), but at end of day was only required to collect match fees.
Posted by Thrashers at 7:17 am No comments: 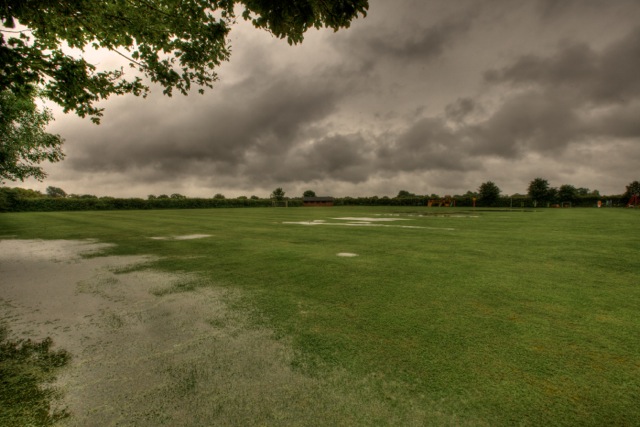 Posted by Thrashers at 3:57 pm No comments:

Posted by Thrashers at 8:36 am No comments: 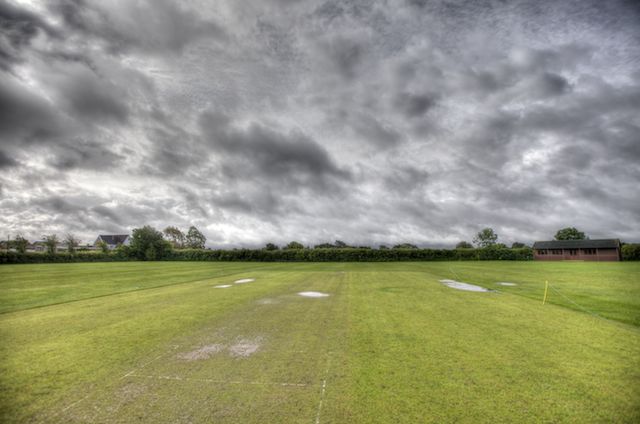 Posted by Thrashers at 9:19 am No comments: 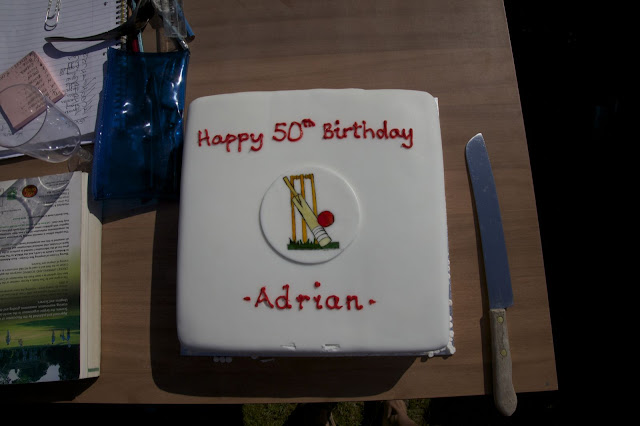 Lets get the birthday thing out of the way first, AT was 50 today so much celebration with cake and champagne for tea ! (I think our visitors were impressed !). Anyway managed to draw a wonderful crowd for sun, cricket and refreshment. On to the cricket....

OJ won toss for 36 over game against neighbours Great Staughton. This is first of a 2 match series played for Staughton Ashes, instigated by GS chairman Frank....great idea. LSVCC batted first on flat track. Clive Shaw hung around long enough to receive stinging blow to thigh (ouch!...nice bruise, where was the thigh pad ?). AT out for 9 to a shocking cross-bat slog, so left eventually to Hoppy (98 out) and Andy Corner (40 something not out) to build a very good score for home team. Fortunately GS capitulated to a good bowling effort from LSVCC, Nick and Conor particulary should be applauded. Andy tried to catch a ball with his nose/teeth at gulley (Ouch again ! use hands next time)...get well soon ! AT bowled 4 overs of champagne fuelled leg-spin...but pitch wasn't taking any turn. Umpire almost sent AT off for abuse, but is it normal for the umpire to tell the bowler what he is doing wrong ? Jason moving up in the umpiring world and now off to officiate for Great Staughton !....I wonder whether he will make it to Lords, although he is quickly developing tv-friendly Billy Bowdenesque eccentricities ! In contrast Roy at the other end was the epitomy of chillaxing....

Comfortable win for LSVCC, and trophy happily accepted by AT....we look forward to return down at Great Staughton in a few weeks !

Special thanks as always to K and M at The Crown for unrivalled refreshment, and also to my wife, children, and friends, for making my 50th birthday so much fun. Even better, Olly Thrasher away on U13 county duty, was man of the match as he captained Northants to comfortable victory against Norfolk.

CHURCH versus VILLAGE Ashes next week !

Photos here:
https://picasaweb.google.com/athrashe/LSVCCVGreatStaughton2012?authuser=0&feat=directlink
Posted by Thrashers at 10:45 am No comments:

Evening friendly for rare LSVCC touring side to Great Barford. AT flew in specially from Philadelphia and was asleep for most of game. LSVCC elected to bat...Clive Burchett toiled to an ugly 6 off 30 balls (16 over game), Olly J hit some, Olly T ran nicely, AT cleared the ropes once, Jake Cain pick of the bowlers, Connor also bowled nicely and picked up a good clean bowled wicket. Quickly to the end...quote from last match report agains Paxton: 'With 3 to win off the last over LSVCC captain James H agreed to continue and somehow LPCC won through'

This time, they needed several more to win, but 6 and 4 off 2 dreadful deliveries from the Captain in last over sealed LSVCC fate. Next time.....

Retired to Golden Cross for refreshments...
Posted by Thrashers at 8:38 am No comments:

I'm now so lazy that we borrow match reports from opposition sites...but LP don't really count as they are soulmates and I'm sure won't mind !


Hail to the new season or just, hail, the weather?
By the Field Correspondent
Hail to the 2012 season, hail to a 4th season of cricket in Little Paxton with the prospect of matches against some familiar faces – none more so than Little Staughton Village Cricket Club – our erstwhile barometer of performance and most importantly enjoyment.
The 15th April maybe the earliest start to the season so far and for those who stayed indoors yesterday you will understand why various faces were pulled at erstwhile correspondent when explaining that cricket started for the club this weekend (or is that how British Airways cabin crew normally look?)
Team wise Paxton assembled a motley crew – again – a mixture of guile, experience, enthusiasm – with a very slight dash of youth.  LSVCC lined up with two County players and their full throttle of main players – more later!
Paxton decided to call in their overseas player – straight from Heathrow – Senhor Huttly – a little tested player with a dodgy tan and still looking like a caravan was in tow…
Still at least the Amazonian rainforest that surrounded the car park had been cleared – although now the way was clear for any cricket ball of note to strike the parked cars.  Senhor Huttly noted all the decent (i.e. safe) car parking spots were well and truly taken.
LSVCC were already 10 overs into their innings with two interruptions for foul weather (never!) when reporting begins… also note there is no scorebook to recite from at this time!! – with 44 on the board and no wickets down.  Finding Ollie and Jody still waiting to bat did not augre well!  Mysteriously the home side tracked the late arrival with the promise of beer and, just to detain further, ensured that Adrian T was out and therefore available to catch up on even more matters.
Burkey enquired whether Paxton were going to be upto full strength some time this decade at which point the full force of the British spring unleashed itself as a bitter rainstorm drove across the pitch again.
LSVCC were busy accumulating runs despite the precious wicket of Ollie – derived from a belter of a ball from James O – which didn’t play ball.  However Jody took early doors in the sixes stakes and pummelled a well deserved half century.  As the innings reached a frenetic conclusion Chris B chipped in with a few wickets courtesy of some outlandish stumpings from Dave Perry (to make up for the outlandish futile dives for catches!).  Andy King popped up to take a well deserved wicket as LSVCC finished on 174 off 30 overs.
Tea coincided with an almighty downpour as hail prevailed.  Pork pies and delicious home make cakes didn’t distract.
LPCC opened with Mike K and Burkey.  The LSVCC bowlers struggled to find any footing but agreed to play on.  Mike K slowly but surely took the bowling apart and, together with Chris B, who played some terrific ground strokes, (Mike was busy pummelling the ball beyond the hedges!) took Paxton comfortably towards the total.  A result looked assured as Mike reached his second century for the club and correctly gave way to spend time with his boys – who had fortunately survived an aerial assault from Chris!
However Paxton had other ideas and, in rapid succession, JP, Dave P, Tim and Andy K departed – mostly as a result of the mud patch that the wicket had turned into.  James O got one that rolled on the ground and so it remained that El Senhor and Lee were left to chase down what now looked a daunting score.
Lee tickled a no ball that should have provided an extra run – he tells me that the direct hit was unbelievable – unfortunately he was viewing from outside the crease!
With 4 to win – Mike donned the pads again and, on cue, the hail returned with a vengeance.  With 3 to win off the last over LSVCC captain James H agreed to continue and somehow LPCC won through.
Well played Mike – a great innings and without any doubt the only innings that put us within touching distance – thanks for the jug – it only took Dave Perry several hours to sort out what we needed (only jesting Dave)
A great game, in frankly, awful conditions – as usual our hosts were terrific – their county players, by the way, were 11 and they both the undoing of our side – but they bowled beautifully and will go on to credit the game of cricket – well played Olly and Ed.
A start – and as always – a very friendly side to play.
The league starts next week – you will remember this weekend with fondness!!!!!

Posted by Thrashers at 6:40 pm No comments:

JUNIOR CRICKET at Little Staughton Playing Field
Commencing Wed. 18th April 2012, 6-7pm
For the 5th consecutive year since being refounded, LSVCC is running weekly junior cricket coaching sessions throughout the summer months. Jem Price and Rory Richards are kindly helping with coaching this year. As with last year, there is a charge of £10 per family (cheques please payable to Little Staughton Village Cricket Club). We hope parents will understand that this contributes towards annual costs of essential insurance, equipment and prizes. Please could parents/carers complete a membership form and return it with their remittance to Richard or Roy. The club policy on Safeguarding Children and Child Protection is on the club website. Whilst we look forward to a busy season, occasionally it is necessary to cancel a session unexpectedly due to adverse weather etc. In that circumstance, it is our intention to contact parents/carers by text message as soon as possible.
Contacts:
Richard Smith richard@cherrytrees.demon.co.uk Tel. 07981 002889 / 01234 376171
Cherry Trees | High Street | Little Staughton | Bedfordshire | MK44 2BH |
Roy Palmer roy@artofperformance.co.uk Tel. 01234 708777
Please check the LSVCC website for updates http://lsvcc.blogspot.com/
Posted by Thrashers at 12:20 am No comments:

Little Staughton Village Cricket Club
5th. Annual General Meeting
To be held 24th January 2012 8pm
At The Crown Little Staughton
Agenda
To be followed by prize giving.
Posted by Thrashers at 8:31 am No comments: