The combination of fine weather and a good pitch (with some bounce !) allowed a 35 over match. Despite some dropped catches and an early batting collapse, a sterling performance was made against Kimbolton with a score of 184, winning by 2 runs with just a few balls to spare and nobody left to bat ! Ollie Middleton hit two boundaries to secure the victory, which makes up slightly for his shocking batting performance last time, and earns him Man-of-the Match award. Top scorer was Jody who hit a good proportion of the runs and kept the rate up nicely. Good bowling performances from Bob, Jeremy, Ollie M, Ollie J, Jody and James though a good few wides too. Here’s to the away game on 21st September....need some catching practice before then, particularly Hoppy !

Posted by Thrashers at 9:18 am No comments: 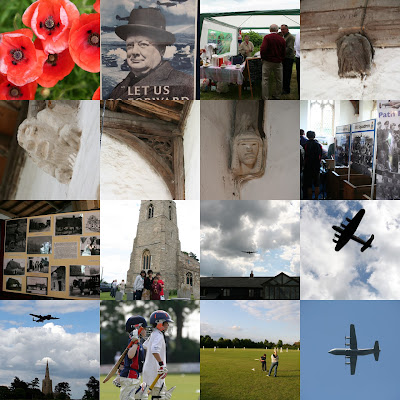 Posted by Thrashers at 8:46 am No comments:

Thanks to money raised we have ordered a slip cradle to enhance our pathetic fielding abilities....not for sleeping in ! 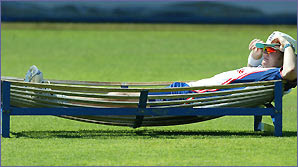 Posted by Thrashers at 4:22 pm No comments: