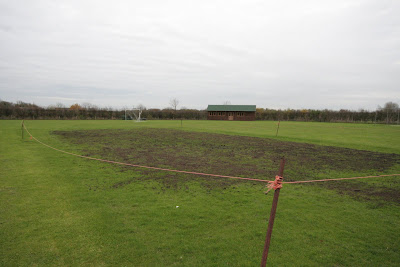 Posted by Thrashers at 3:02 pm No comments: 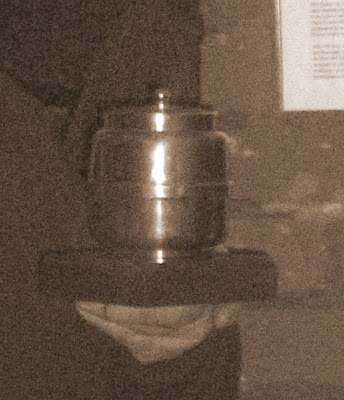 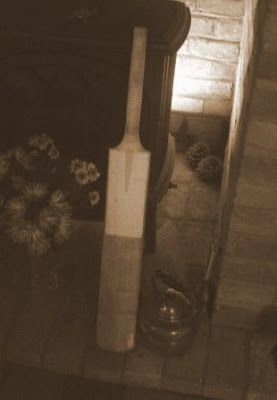 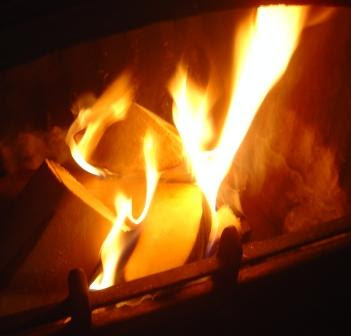 THE LITTLE STAUGHTON ASHES.....
During the inaugural match between the church and the village a bat being used by one of the church openers was punishing the village bowlers so much that it split, well cracked. Alternatively, it cracked because it was unaccustomed to the weight that fell on it as a runout was avoided.

Later that evening, at a gathering in the Crown, the general consensus was that the fixture should become an annual event and thoughts turned to a trophy. With a clarity of thought that is often associated with the mind freeing qualities of ale it became obvious that the'bat' should become the Ashes. The owner, Freddie (Pullen not Flintoff), generously agreed to the proposal, although then displayed a degree of sentimentality by delaying delivery for some weeks, rather like his bowling.

The urn was acquired and a magnificent wooden plinth was prepared by the craftsmen of Woodwork II, Bedford College.
Finally, the bat was ceremoniously burned a specially prepared fire so that nothing would contaminate the Hallowed Ashes.

The trophy was presented to the 2007 winning Captain, Tony Moss by Church Captain Bernard Hopperton with the words 'we'll be back..'

Such is the stuff of legends!

Posted by Thrashers at 6:35 pm No comments: